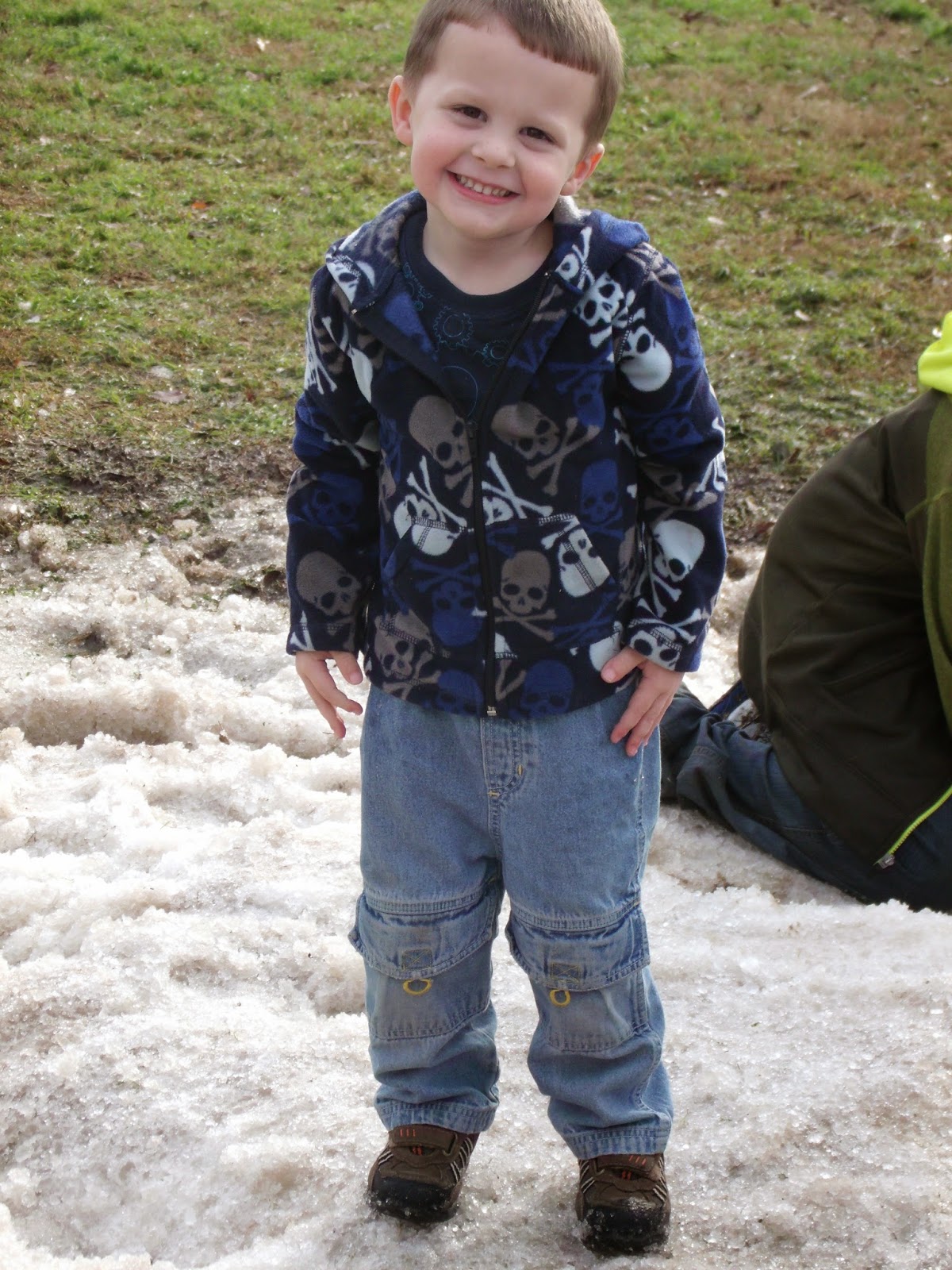 On December 13th we took Aidan to "Snow Day in Llano" for some fun in the man-made snow, lol. It was $5/person to sleigh ride and free to play in the little patch of snow they dumped out onto the ground....

Being from WV where they DO get snow, I suppose we had set our expectations a bit high on this one, haha. When we arrived, we were a bit disappointed in the "Winter Wonderland" the ad had described. So much so, that we refused to pay $5/person to ride a sled down a little snow-covered slide after standing in a huge line...then do it over and over and over again...lol. BUUUUUUUT, we walked Aidan over to the little patch of snow they had dumped out onto the ground for the kids to play in and he immediately began having a ball in it with all the other kids. They had snowball fights, kicked it, threw it, fell in it, and made itty bitty little snowmen without eyes/noses/hats/arms/etc.

After playing in the man-made snow until his little fingers were frozen, we bribed him away from it with the playground at the other end of the park. So off we went to the playground where he found several other kids to play with until time to leave. =)

Here are the photos from that day, enjoy! (Click the link below!)

Snow Day in Llano, Texas.
P.S. Please take a moment to comment on this post and SHARE it! To share, just click on the red "share" button below or look for the gray facebook/email/pinterest/twitter/etc icons below (depending on what type of device you're on.) Thank you so very much for your support!!! =)
Posted by Unknown at 6:45 PM

Email ThisBlogThis!Share to TwitterShare to FacebookShare to Pinterest
Labels: Our Life <3, Our Travels