The Importance of Forgiveness 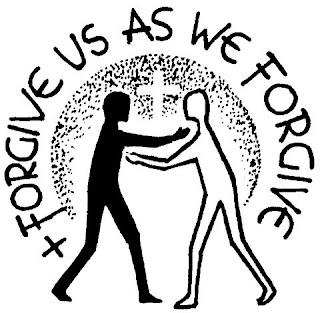 "I forgive but I don't forget." I'm sure you've heard someone say this before. Maybe you've even said it yourself. (I have.)  But in all actuality, forgiveness should be like a cancelled note- torn, burned, & never spoken of again. Colossians 3:13 says "Make allowance for each other's faults and forgive anyone who offends you."

Nothing is gained from harboring past hurts in our hearts. The truth is, forgiveness is a process. If you can't think about this hurt without getting upset or angry, you haven't truly forgiven & therefore you can't forget. So whether you are one of those people who periodically throw up past mistakes/hurts during arguments with a spouse/friend/relative or you fight them all internally- you haven't 100% forgiven. If you had, you would have "forgotten" about it and it would no longer be worth talking or thinking about.

Refusing to forgive can ruin relationships and poison the soul of the person harboring the un-forgiveness in their heart. Holding on to those hurts and not offering forgiveness can create rage, anger, and bitterness. Honestly, if you can't find it in yourself to forgive someone for THEM, then do it for YOURSELF! Free YOURSELF of that anger, hurt, and pain in your heart. Allow yourself to just release it. "Let go and let God!" Matthew 6: 14-15 says: "If you forgive those who sin against you, your heavenly father will forgive you for your own sins. But if you refuse to forgive others, your father will not forgive you."

I know someone who's daughter was raped and killed- tied to a bumper & drug down the road. She forgave the man who did this terrible, violent act. The man who took the life of her daughter, her flesh and blood. She even writes to him in prison!

Years ago a Korean Christian father lost his only child (his son) to a very troubled young man. When the judge was about to issue the young man's sentence, the father asked for permission to speak. Shocking everyone in the court room, the father asked the judge for permission to adopt this troubled young man, since he no longer had a son! And his request was granted! He looked past the evil in this young man's life & extended mercy, love, and forgiveness. (A similar thing happened in the 1980's in Kentucky, you can check that story out here if you'd like.)

Chances are, the people that have hurt you & I did not do things to us/our loved ones that are as terrible as the acts quoted above. But if those people forgave their offenders, for those terrible acts, then why do we find it so difficult to forgive those who have hurt us in much less severe ways?

True forgiveness is easier said than done. But in order to move forward with others and have internal peace & closure, it's something we all must do. Whether they deserve that forgiveness or not.

Whether you're forgiving someone & moving forward with your relationship or you've moved on, parting ways, and are forgiving them for your own sanity: Don't let those memories and hurts steal your joy and peace. Find a way to truly forgive & forget. If needed, ask God to help you. He will gladly do so.

P.S. Please take a moment to comment on this post and SHARE it! To share, just click on the red "share" button below or look for the gray facebook/email/pinterest/twitter/etc icons below (depending on what type of device you're on.) Thank you so very much for your support!!! =)
Posted by Unknown at 12:08 AM

Email ThisBlogThis!Share to TwitterShare to FacebookShare to Pinterest
Labels: Marriage/Love/Relationships